The remedy ozone is a biological active ingredient with health promoting and healing properties. Through the combination with blood an oxygen-ozone mixture arises that heals or significantly improves almost all illnesses.

Ozone therapy methods according to Lahodny

1. Additional therapy for all types of cancer.
Ozone has the ability to directly kill tumour cells and ozone kills tumour cells through the anti-tumour effect induced interferon production. Thereby greatly increasing the defense cells and enzyme release. High dose of ozone when used over a large area can reduce both cancer and cancer metastases. Prostacyclin works as an antimetastases agent. It also brings amazing results even in late stages of cancer. The high dose, intraperitoneally ozone application is time consuming and costly. To reduce the tumour numerous treatments are necessary.

Ozone therapy should be given to all patients after a cancer operation to kill all circulating tumour cells. High dosed ozone therapy should also be administered to therapy resistant illnesses such as M. Parkinson, M. Alzheimer and multiple sclerosis.

2. Activating the immune system
10-fold increase in eosinophilic granulocytes (highly effective immune defense cells), increase in cytotoxic T8 lymphocytes, which are also responsible for tumour cell destruction, massive increase of natural killer cells and inhibition of suppressor cells, which as a resulting factor slow down the production of tumour cell killing defense cells. Ozone therapy instantly stimulates the immune system and is of vital importance in all malignant diseases.

3. Inflammatory diseases
It is based on directly blocking the inflammation causing substances (cytokines) and vast proliferation of defense cells. Constant outbreaks of sinus (sinusitis maxillaris and frontalis), middle ear infections, angina and fever blisters experience a very rapid and lasting cure through ozone
therapy.
No other therapy provides such fast help in these chronic recurring inflammations. By 1-2 days antibiotic therapy, the ozone therapy can be extremely improved.

In dry and damp macula degeneration ozone therapy is the only measure that brings an improvement. All conventional medical therapies only slow down the deterioration. With ozone therapy an improvement of the visual performance is achieved when the patient still has over 10 % visual sight.
The retina is the tissue with the most circulation. Macular degeneration (retinal calcification) usually begins at the age between 60 and 70. It is primarily an age illness that is increasing rapidly. More and more people get impaired vision earlier. Therefore prevention is an important measure.
During macular degeneration, the arteries of the retina calcify. This can lead to impaired sight and to blindness.

In addition, new vessels are formed in the retina above the vaso endothelial growth factor (VEGF), which leads to vision improvement even in poor initial conditions. Macular degeneration is a preventable illness through timely ozone therapy or can be successfully treated in later stages.

Ozone therapy should be always be combined with a diet. Many school doctors reject ozone therapy. I have been using ozone therapy for 10 years with good results.

This is similar to a poorly circulating in the myocardium. Prostacyclin is able to expand the smallest cardiac muscle arteries into normal vessels. Firstly the cardiac muscle perfusion is restored in almost empty coronary vessels, so that after 20 ozone treatments bypass surgery very often becomes unnecessary. It is also likely that stimulation of VEGF results in a direct neovascularization, which effectively corresponds to a new created perfusion of the heart muscle. A heart attack and a heart weakness can be avoided with timely prophylactic ozone therapy. Improving cardiac muscle performance eliminates fatigue.

Secondly, due to the very rapid vasodilation and neovascularization in the myocardium, but also in all other organs such as the liver, kidney and lung general physical performance improves as well as well-being within a few days.

With hair loss, due to numerous reasons the hair root is poorly supplied with blood. Ozone therapy greatly improves blood circulation.
After frequent local and intravenous ozone therapy hair begins to grow again. The partially deteriorated and almost stunted blood vessels in the hair roots are greatly enlarged by prostacyclin and new vessels are formed. Additionally toxin and acid removal is intensified. On places where there was no hair, hair starts to grow from stem cells on the scalp forming new hair roots. On the reclined hair line, in woman hair starts to grow again on all previous places. Ozone therapy stops hair loss and restores hair strength, thickness and
vitality.

The ozone oxygen-related detoxification can easily cure the above mentioned complaints. The intracellular toxins and intracellular heavy metals can get released through me2.vie-system therapy.

After detoxification and activated energy production the patient recovers. As additional therapy vitamins, trace elements, amino acids and electrolytes are prescribed. Within 10-20 days this therapy is able to cure the so called burn-out syndrome.

All patients who have been treated with ozone for other illnesses give feedback on decrease in fatigue, improved sleep and hair growth.

7. Fascinating and impressive cosmetic results can be seen on the skin
Through ozone a new formation and multiplication of collagen and elastin of the skin is seen. The elastin strands become firmer and multiply by certain growth factors.
Ozone works better against wrinkles than any cream combinations. In most cases the wrinkles are significantly reduced after 10-15 treatments.

In intensive sunlight exposure, oxygen acts as a protection against UV related skin damage. Furthermore, as the natural aging process of the skin is slowed down, due to improved circulation. The skin becomes smooth and firm.

Detoxification and purification is best seen in the lightening and complete removal of age spots on hands and arms. To eliminate persistent age spots, up to 20 ozone oxygen treatments are necessary.

8. Elimination of spider veins
Spider veins are often found on both women and mens‘ faces and legs. Many patients suffer from varicose formation. An illness that is not only unpleasant but sometimes causes severe discomfort. Sometimes the venous valve doesn’t work properly resulting in swollen legs. Through ozone the swelling of the endothelial cells in the inner wall of the smallest arteries and veins in the bigger veins get reduced. Due to the reduced endothelial cell swelling the diameter of the bigger veins are increased.
This increases the blood flow to the vein walls. The blood circulation improvement of the venous walls reduces the size of varicose veins and spider veins disappear. That means improves well-being and the quality of life.

9. Gynaecological complaints
Ozone therapy eliminates menstrual pain, normalizes bleeding abnormalities and improves the ovarian function. Patients who have been suffering from period pain for years despite drug therapy feel relieved from their discomfort after 10-12 ozone treatments. Very heavy menstrual bleeding which could not be stopped by doses of progestins, cyclobutene and vitamin K, could be completely healed after a few ozone treatments. Longer menstrual bleeding and very irregular periods were normalized during ozone therapy.

Facial swelling due to a lack of gestagen could be eliminated after 10-15 ozone treatments. Ovarian weakness with no ovulation and childlessness are successfully treated with ozone.
The polycystic ovarian syndrome (PCO syndrome) with hirsutism, bleeding disorders and childlessness is a domain of ozone therapy. Endometriosis is also successfully healed with ozone.
Obstetrics disorders are safe and quick to treat with ozone detoxification.

10. Infections
Infections that have just started can be stopped with only 4-5 ozone treatments. This is important for people that have important commitments and meetings. With ozone therapy, we have a found a successful treatment option for many illnesses without any side-effects.

2. The ozone high dose therapy (OHT) leads to a complete and rapid release of almost
all extracellular intracorporal toxins which are excreted via the intestine, kidney and skin.

5. OHT induces the spreading of the body’s own stem cells. Sick organs and tissue send
out peptide signals (protein frequencies – or simply said call for help). These are perceived by the undifferentiated stem cells. Therefore, the stem cells stream to the sick sites. When they arrive at the sick organs and tissues, the undifferentiated stem cells transform into the respective organ and tissue cells and then start their work pairing. Every patient has millions of stem cells. Their general mobilization leads to rapid healing. To compare with building a house: if you only have two workers, you need 2 to 3 years to build a house. If you had 5000 workers the house could be completed in 3 days with appropriate coordination. The workers are a comparison
with our stem cells.
The scientific evidence for stem cell activation is already performed.

6. OHT lengthens telomeres.
If OHT is started in time, telomere can get lengthened. The continuation of cell division command by telomere through OHT, starting at the age of 50-70 could lead to life extensions of 10 to 20 years. It depends on the OHT frequency. No other currently existing therapy can achieve such a life extension. The scientific proof for the prolongation of telomeres has already been made.

8. Improvement and strengthening of the immune system. Increased mitochondrial ATP production, massive augmentation of indifferent body-own stem cells and the rehabilitation of the whole intestinal bacteria leads to the strengthening of the immune system without having to take additional tablets. The tremendous improvement of the body’s own defense prevents the occurrence of illnesses and increases the effectiveness of drug therapies. Thus, a small dose of antibiotic medication is enough to cure simple bacterial infections and to remedy septic processes. A strengthened immune system allows frequent chemotherapy treatment, prevents chemotherapy side-effects und improves the tumour cell killing effect of any chemotherapeutic agent.

9. In synergism, the mentioned OHT effects induce the rapid often unbelievable and wonderful healing of almost all illnesses. With OHT, you can shorten hospital stays by accelerating the healing of wounds, infections and tumours much faster. The OHT should always be combined with elimination of heavy metals (EHM) and the administration of illness specific drugs, as OHT unimaginably enhances the effect of the heterologous drug. OHT could bring a boost and new recognition and admiration to the entire pharmaceutical industry by dramatically improving the effectiveness of all medications and reducing or eliminating drug side effects.
The elimination of intracellular heavy metals is a necessary treatment for any ozone therapy as heavy metals greatly weaken the enzymatic system and could block the ozone therapy.
With OHT we have found a new therapeutic way, which leads to the world of medicine in the future. OHT effects a healing success, which no other currently existing kind of medical therapy can achieve. 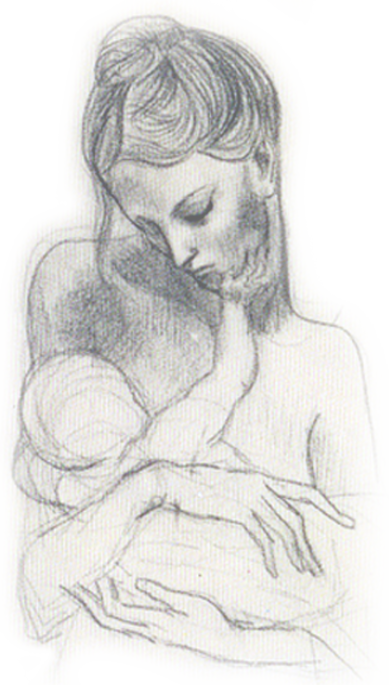